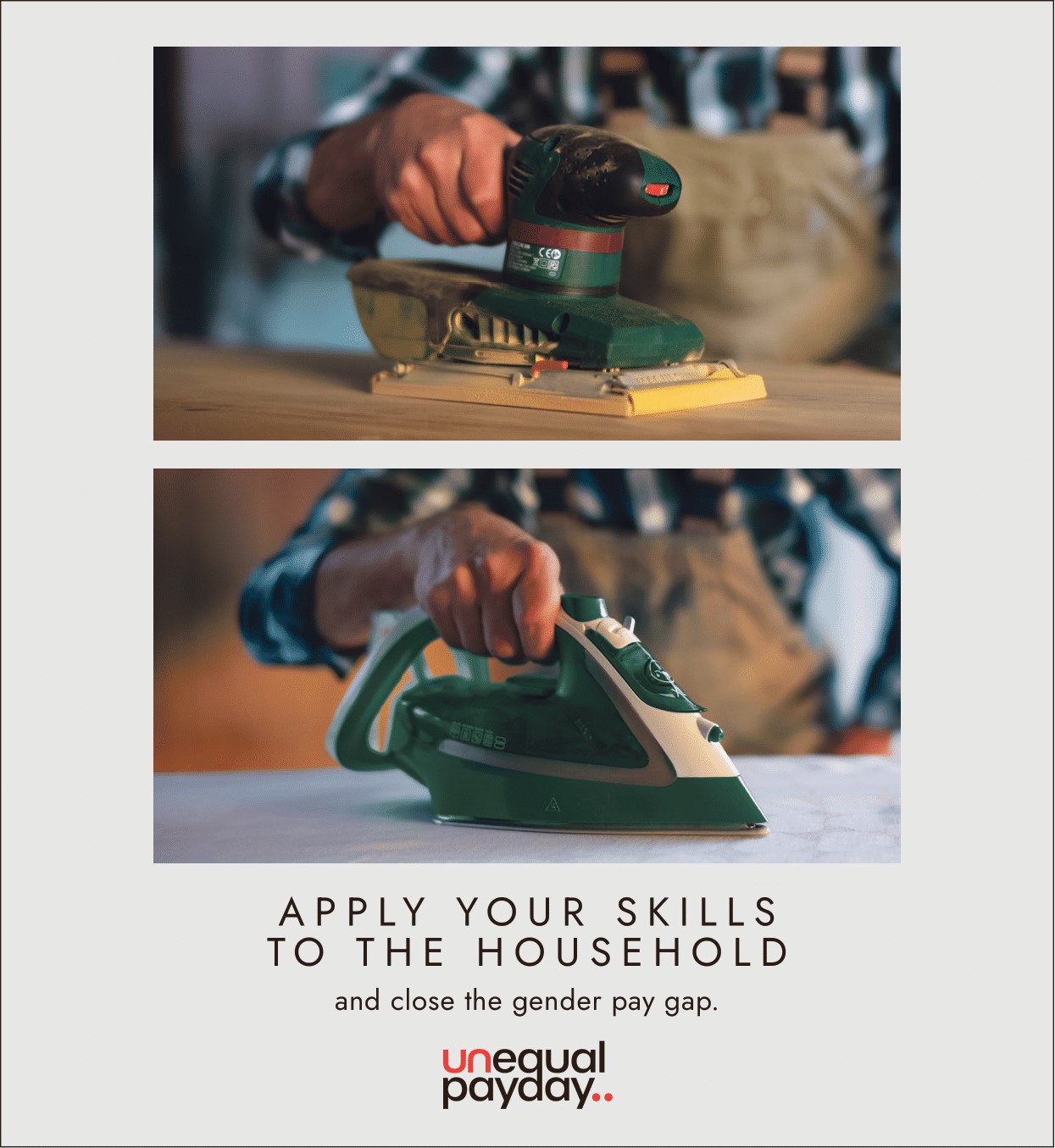 Apply your skills to the household

A celebration of men applying their skills inside the home – this is the reality depicted in a new campaign raising awareness of the gender pay gap in Europe.

“This year we are asking men to apply their skills in the home. If you can turn a steering wheel, then you can clean a toilet. If you can operate a sander, then you can master an iron. These are transferable skills.

Through this campaign we want to draw attention to the extra household and care work done by women. This is one of the biggest factors behind the gender pay gap. If these tasks were split more evenly, women and men would be much more equal in the labour market.”

The gender pay gap stands at 13% in the EU, with stark differences between member states. In Luxembourg the gap is just 0.7%, but in Latvia it is 22.5%.

That is why PES Women and ZIJkant join forces every year to raise awareness and mark European Unequal Pay Day, the day in which symbolically, at EU level, women cease to be remunerated for their work until the end of the year.

While equal pay for equal work has been part of the European Treaties since 1957, European women still earn 13% less on average than men for the same work. This equals almost two months’ salary.

This inequality has long-term implications for the labour market, as women can feel pressure to reduce their professional commitments to meet caring and household responsibilities. More than 1 in 3 women reduce their paid hours to part-time, while only 1 in 10 men do the same. Women are also more likely to take breaks from the labour market. These career interruptions not only influence hourly pay, but also impact future earnings and pensions.

From childcare to household chores, the campaign video – released one week ahead of European Unequal Pay Day (15 November) – addresses men directly, asking them to “apply your skills to the household and close the gender pay gap”.

The research commissioned by ZIJkant shows that fathers themselves are asking for an extended and compulsory paternity leave. ZIJkant therefore asks to reform the system of paternity leave in the same way as the maternity leave (15 weeks). As a result, women and men are not only on an equal footing at home, but also at work. It has been proven that employers are more inclined to prefer a man for a new job or a promotion, because they fear potential motherhood might come with absence. A full compensation of the salary during the entire leave eliminates financial barriers.

In addition, ZIJkant continues to promote the introduction of a collective reduction of working time. The large share of part-time work among women points to a combination problem. A thirty-hour week gives both women and men the opportunity to develop a career and make time for care tasks.